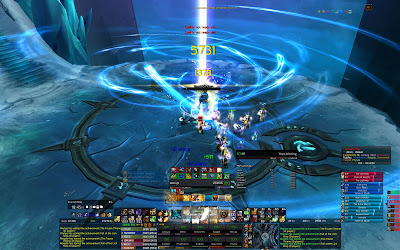 Tuesday, 16 March
Preparing for a night of LK 10-man tries, so i went to WSG to build up some rage agaisnt the world. When i left WSG i could easily spank Chuck Norris, so LK was kind of a joke tbh. Guess we made around 8 try's and downed the motherfockor and it felt so fucking epic.
I also happened to press escape when the cinematic poped in, so i missed all the fun. It's a hell of a fight, and what makes it look easier are brains on your partners. Everyone was focused, and with my 5.4Gearscore i had to really push it to keep with the other people. He really had some sick dps yesterday.
The main problem on that fight is defile, the rest in quite simple to execute. Has been a long time since i really felt that epic feeling of downing a boss.
Now we look forward to 25man, which is going to be a major pain in the ass :) 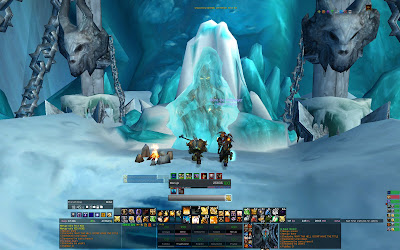 Me and Bene sharing the throne

Btw check the chat on the screenshot! Someone discovered titles lost long ago ;P

Congrats to everyone that were on the kill :)

The best thing about that Béne and Merujo screenshot is Malanho on gchat finding his lost titles :D :D :D